Available for sale > For sale 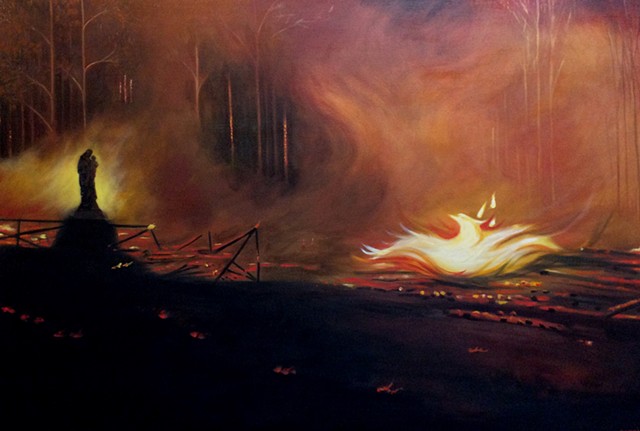 In 2017, there was a huge rash of wildfires due to the heat and drought. it threatened to burn down several houses in the area. This is a statue of Saint Joseph which my father in law put nearby years ago. It was meters away from our house that was being built at the time. Fortunately, the fires were kept at bay and nothing happened to any of the homes in our area. Some would say that Saint Joseph had a hand in protecting the home, which he is known for. the painting also depicts the phoenix which represents the resilience of the Chilean people who despite terrible disasters, keep moving forward wholeheartedly.